De/Ascend is a very good racing game made by a few students and reminds of Wipeout and Trackmania a bit, at least when you see the Sci-Fi setting. There are only 2 track which aren't that "crazy" but detailed and nice. We can choose between day and night with 4 cars to play. We can only drive in time-trial against ouselves. 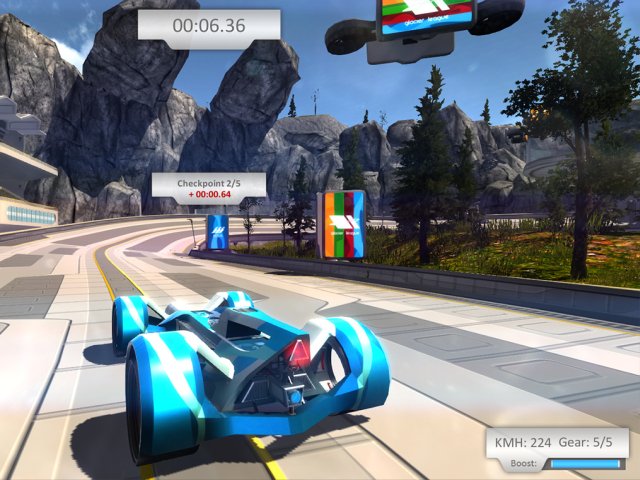 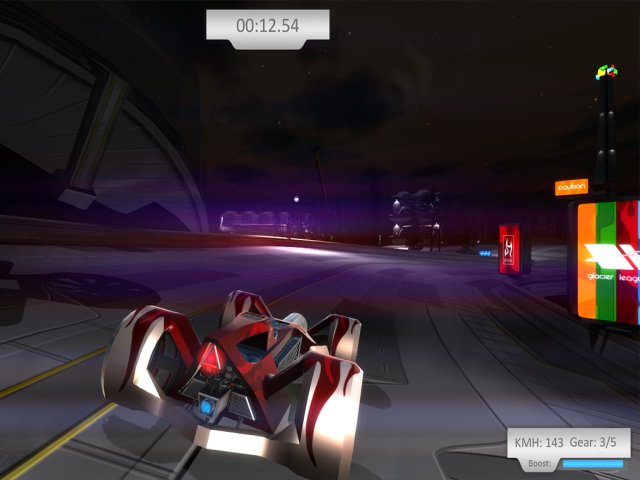